Back in 1987 a couple of smart people gathered at an event known as the Brundtland Commission of the United Nations. Sustainable development was defined as development which meets the needs of the current generation without jeopardizing the ability of future generations to meet their own needs. Sustainability as a term is commonly used to collect all the trendy carelessly tossed about terminology such as environmentally friendly, green, organic etc. etc., but it doesn’t end there, in 2005 at the UN World Summit, it was noted that sustainability required satisfying environmental, social and economic criteria.

Sustainability is derived from the latin word ‘sustinere’ (tenere: to hold, sus: up) which suggests the maintaining of an action or process indefinitely, or according to Wikipedia, “the capacity to endure”. Over the years Bill Gates, Brangelina, Oprah and Bono (celebrities!) have invested millions of dollars in this lovely but broken Africa shaped land mass, with no return. Now even their capacious pockets will eventually reach their limits, because as we all know celeb’s age which is generally followed by a decrease in expendable income, which means that economically the process just isn’t sustainable.
The other side of the coin is that economical growth usually goes hand in hand with environmental degradation in particular growth which depletes natural resources at a rate faster than these resources renew themselves. The Amazon rain forest which is being harvested for timber would be a good example of this. Sustainable business practices have to combine ecological concerns with economical ones.
Then there’s the social aspect of sustainability, which involves the improvement of living conditions, levels of education and social standards which all culminate in happier people and therefore a happier society. This week in the Fynbloem news we focus on the people who make up the Fynbloem family, because according to our sources Marks and Spencer is concerned about the well being of their suppliers, in particular those people categorized as “previously disadvantaged”. In the past farm workers were often taken advantage of. Just think back to the days of ‘passes’ and the ‘dop sisteem’. Where’s the harm in a couple of drinks on the house considering that’s where a significant part of gross domestic income will go regardless? Well, the downside includes alcoholism, domestic violence and fetal alcohol syndrome which lead to the degradation of the family cell. The family cell is the smallest component of societal structure and crucial to its success. We won’t go into the pass system right now but it is safe to say that the infringement of human rights isn’t ‘really’ sustainable…no surprise there. There are many other examples, but for now let’s take a look at why the people of Fynbloem are so happy. You can read about that here. 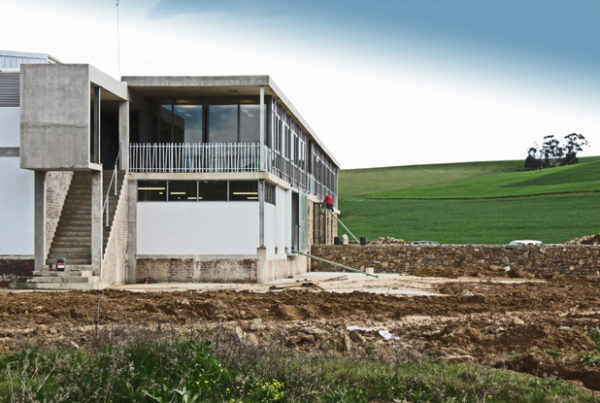